Institute of Physics
You are here:

There are numerous methods for testing early stages of crystal growth due to various factors. This applies, as well, these cases when the growth is influenced by biologically active environment. It seems that various measurement methods utilizing interaction of the investigated crystals with light radiation are particularly useful. Our research group has initiated such a research based on the analysis of diffracted light on such objects, in the conditions when the objects are illuminated by convergent light. This configuration of measuring set provides several significant advantages. Firstly, it allows the testing of samples of much larger volume than it is done by conventional microscope, for example. On the other hand, it has an advantage over examinations using the phenomenon of diffraction on a plane wave because the resulting diffraction pattern localizes the individual elements of the system under study. 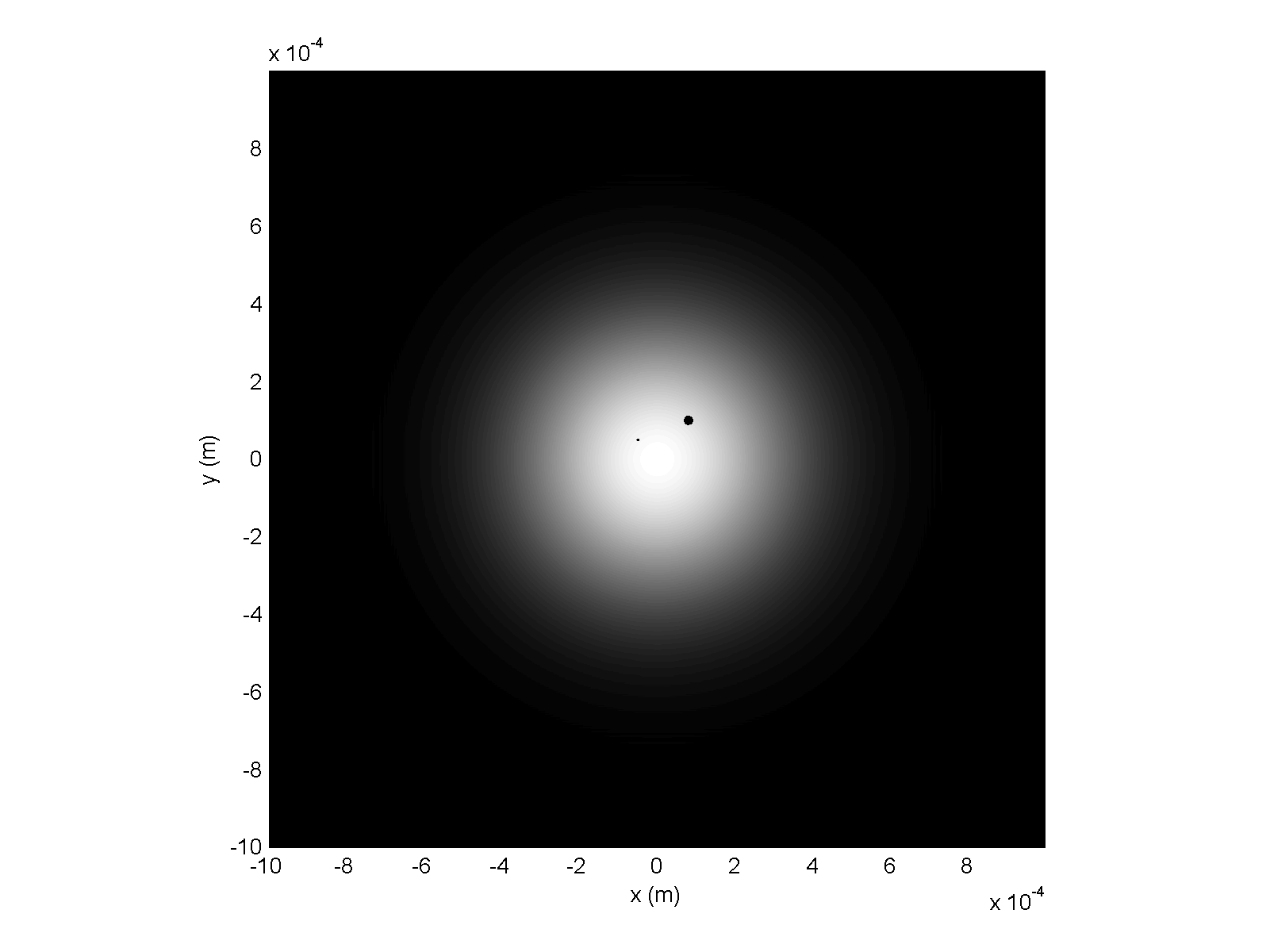 Fig. 1. The actual view of investigated objects in the sample.

Fig. 1 shows two objects illuminated by the convergent light of Gaussian beam. In particular, this figure shows an example of the distribution of light intensity in the middle of a drop of water obtained by a laser operating in the mode TEM00. Opaque obstacles of various sizes are visible in two locations. 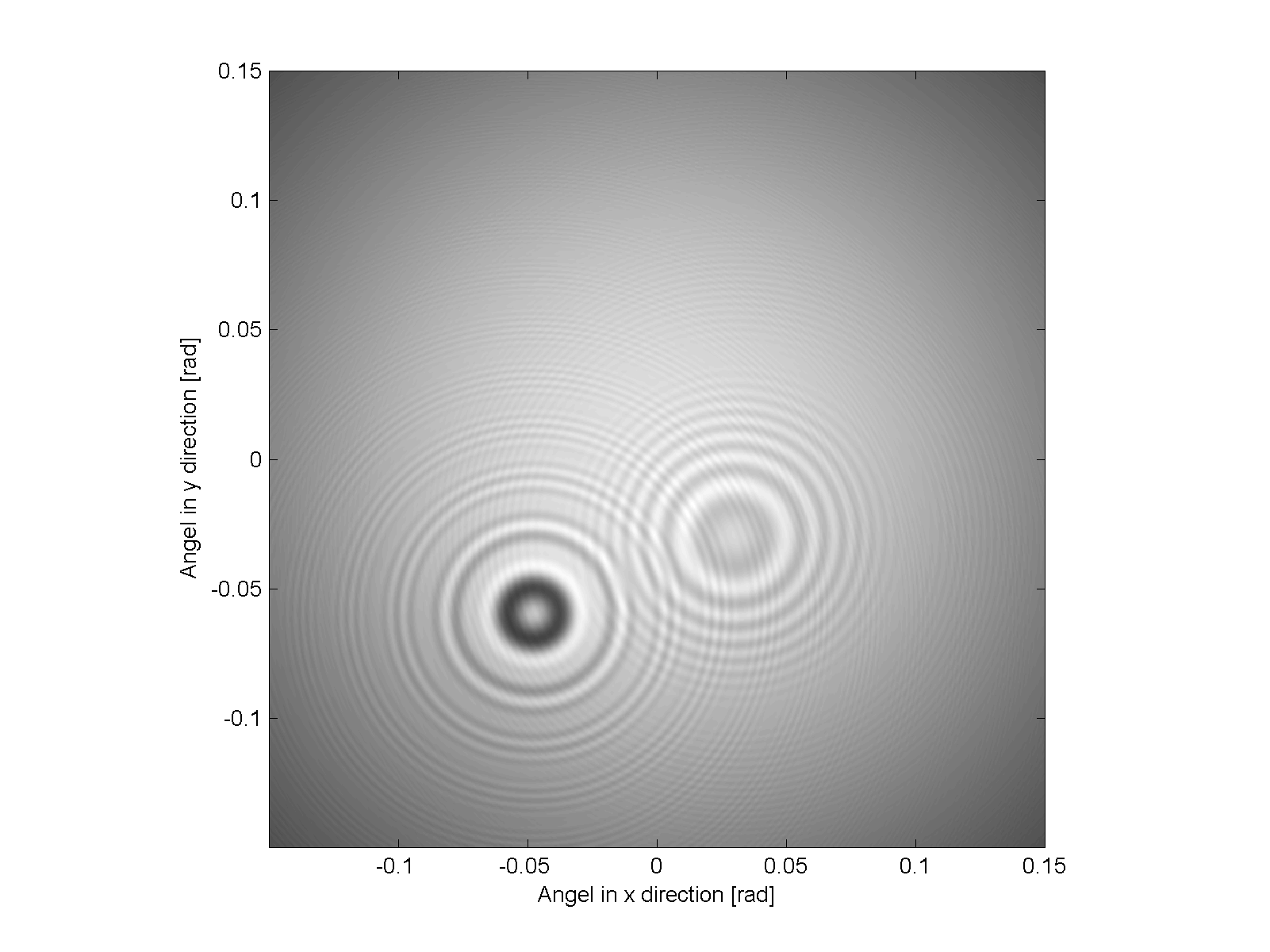 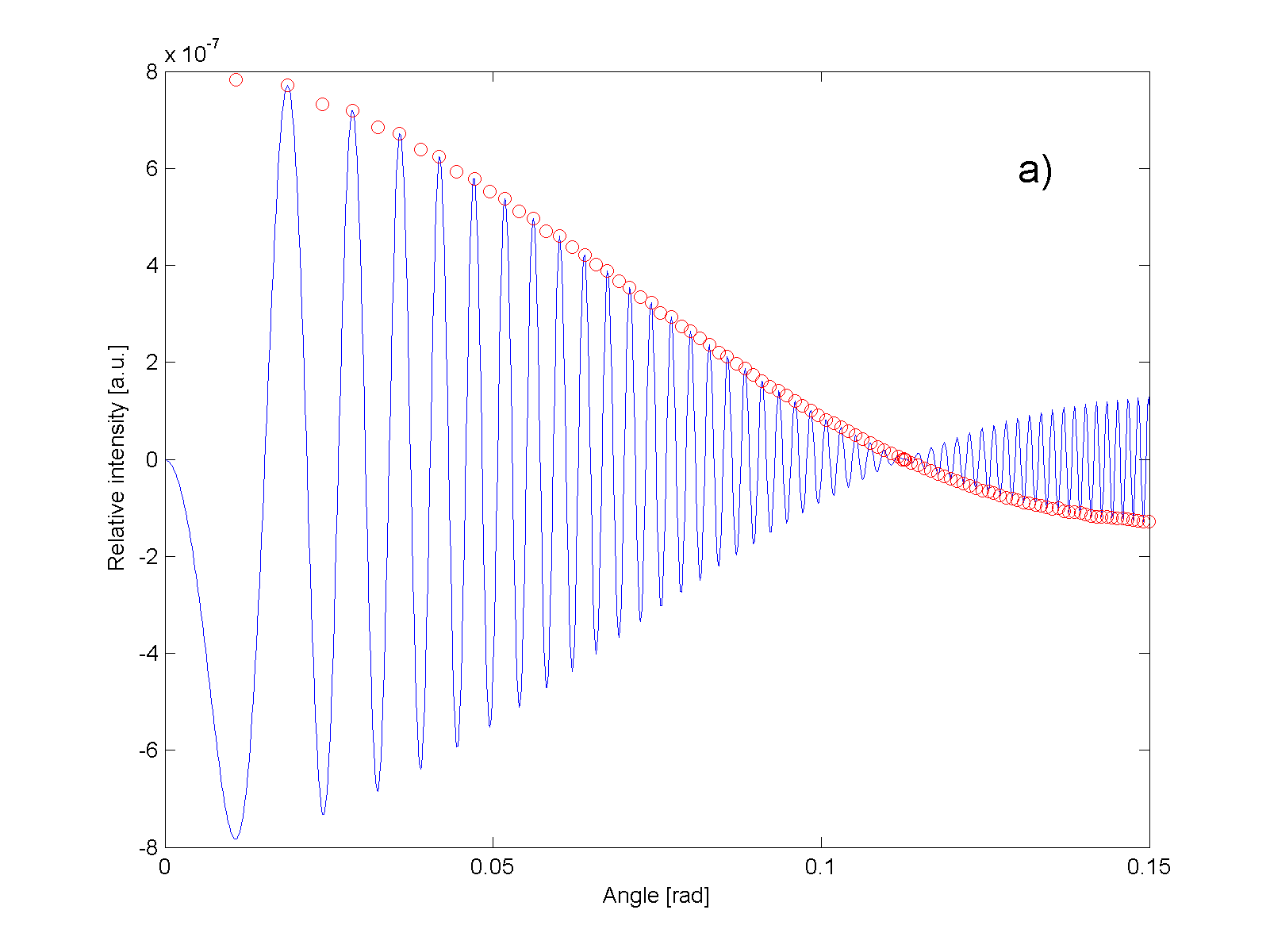 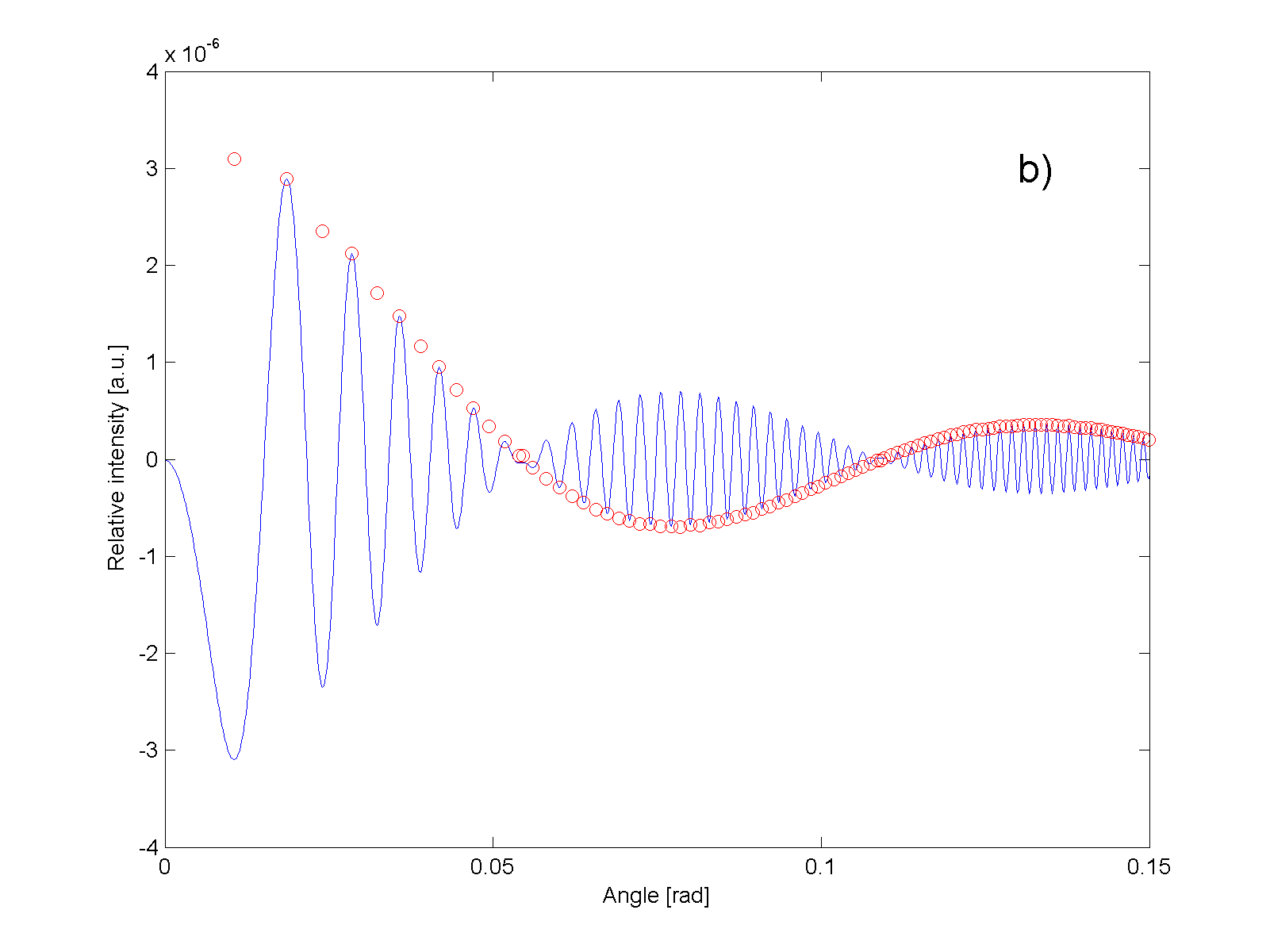 Fig.3. Relative intensity of diffraction pattern of the investigated particles in the far field as a function of the angle.

Fig.3 shows the distribution of the relative intensity (relative to the background) in the diffraction pattern as a function of the angle of light deflection for completely opaque objects with sizes 2 μm and 4 μm. The parameters of modulation curve (indicated in Fig.3 by small red circles) enable the assessment of the objects size.